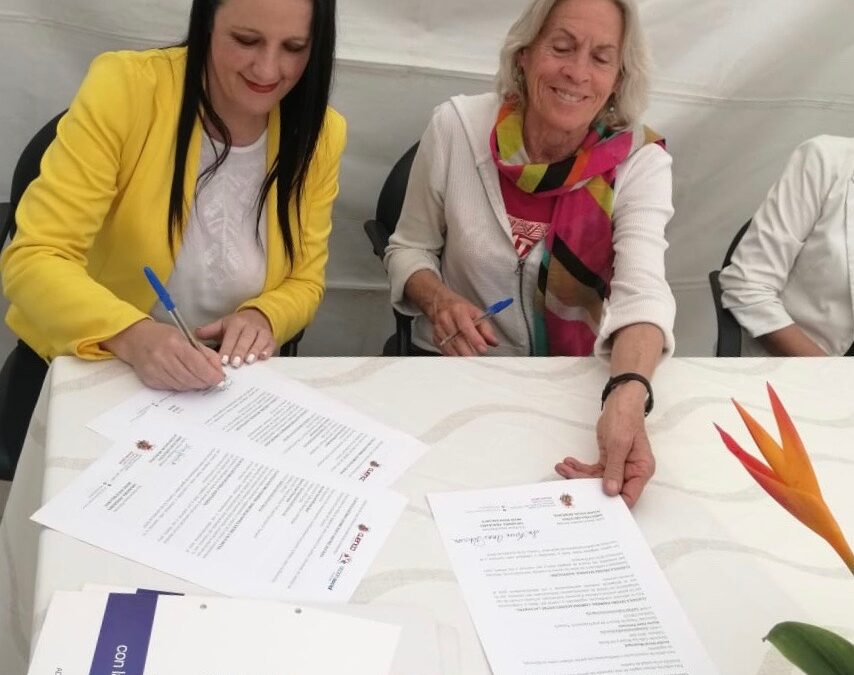 A friend of mine from the University of Cuenca knew where we had to go to get Move With Balance® into the city of Cuenca’s elder programs. Social Accion. We had several meetings with them. The first meeting we waited a few hours to see them. We ended up giving them a Move With Balance® book in Spanish. They told me to write a document about what I was doing, how the program would work, all the details, etc. OK.

Next meeting: They were very impressed with the document and the book. They said they were doing some of the exercises, but saw the value of other brain exercises we do in Move With Balance. We went back for another meeting where I signed that I had delivered the document, and they had received it. OK.

Next meeting: we met with the Alicia, head of Hogar de los Abuelos, a Social Accion Director, and a lawyer. I talked more about how the program would work. We set up dates, and a time for us to visit the site. OK.

Next, we visited the site to see the space and the people. We decided definitely on dates.  Then we had to recruit mentors. We got 17 mentors.

We had a beautiful mentor training. We started the program, had one session, which was great.  Violent protests broke out in Ecuador. The second session was cancelled. The third session was great.  Mentors and mentees got in the groove. Everyone had a good time. I was ecstatic. The Move With Balance® program was now in full swing. OK.

The only thing left was that I had to sign a contract with the city. I wasn’t sure when and where this would happen. Suddenly it was time to sign the contract. We had a day’s notice. I thought I’d go in, sign, and leave. OK.

Signing of the Contract:

Here is what happened:  They actually had a party!  We went to the site.  All the elders were there.  They brought in elders from another site, and several people from the Social Accion department from the city. They had flowers, decorations, cookies and juice.  They gave speeches. The elders dressed in authentic costumes, and performed 3 dances. The choir sang songs. They gave more speeches about the program. Then we went inside and showed several videos that Bill prepared with a day’s notice.

It was so heartfelt and lovely to be in the presence of these Ecuadorians. They are so loving and appreciative. I really hope to have a long, successful relationship with them as we work with all their elders.